Chalo Dildar Chalo Chaand Ke Paar Chalo…. and so on goes the immortal lines from the legendary song featured in the Raajkumar -Meera Kumari starrer Pakeezah which released in 1972. As children we have grown up hearing stories about Chanda Mama and Indian mythology features Chandra as one of devs (gods).

Such is our fascination with the moon that we worked extra hard and sent one of the cheapest missions ever to the majestic satellite in Chandrayaan and now are planning a manned mission up there too. 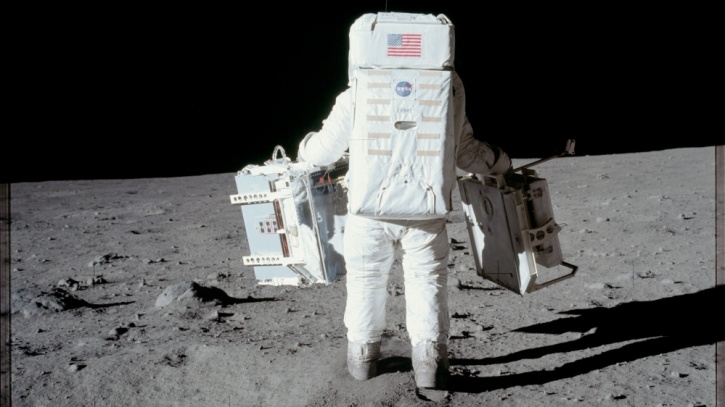 But it’s not just Indians, the entire world swoons over the moon. And if you can believe these scientists we may soon be running around looking for some prime real estate on the moon.

Villages on the Moon, constructed through cooperation between astronauts and robotic systems on the lunar surface, can become a reality as early as 2030, a group of scientists have predicted.

Scientists are exploring the idea of “moon villages” that can serve as potential springboard for future human missions to Mars and potentially for other deeper space missions.

Next step is mapping moon’s resources

In order for that vision to become a reality, scientists must first determine if the resources on the Moon are as significant as we think they are.

“We keep talking about lunar resources but we still need to demonstrate they can be used a (that) they are, in fact, reserves,” said Clive Neal, a planetary geologist from the University of Notre Dame in the US.

The ground truth verification of deposit size, composition, form and homogeneity requires a coordinated prospecting programme as a first step.

“The next step would demonstrate extraction techniques followed by refinement of the product into usable commodity. A successful programme would then clearly demonstrate that lunar resources can enable solar system exploration,” he said.

Neal’s research explores the origin and evolution of the Moon, focusing on the petrology and geochemistry of returned samples coupled with geophysics and other remotely sensed datasets.

It looks at the geophysical instrumentation and investigations of the Moon, formation of impact melts, and more basalt petrogenesis.

In this regard, the European Space Agency (ESA) hosted a symposium titled “Moon 2020-2030 — A New Era of Coordinated Human and Robotic Exploration”, in the Netherlands recently.

According to Neal, who attended the conference, the ESA meeting highlighted technology development in terms of precision landing, robotic sample return, and cryogenic sampling, caching, return and curation.

With inputs from IANS

What are some of the interesting facts about India?

What is it like to be an Indian Muslim?