One of the most popular images of lord Shiva is that of him sitting on a tiger skin. He’s often seen wearing tiger skin, or walking with the skin wrapped around him. According to folklore, the tiger skin signifies Shiva as the controller of all the powers in the world.

However, there’s a compelling story in the Shiva Puran that tells us how Shiva came to sit on a tiger skin or why he wears it.

Shiva used to travel across the world as a bare-bodied sage. Once, he was passing through a forest, which was home to several powerful saints who lived there with their wives in their ashrams. The wives of the saints were attracted to the young good-looking Shiva, although they were unaware of his presence. Yet, the wives were constantly distracted and could not focus on their daily routines.

When the saints figured that the reason behind the changed behavior of the wives was Shiva, they decided to teach him a lesson. 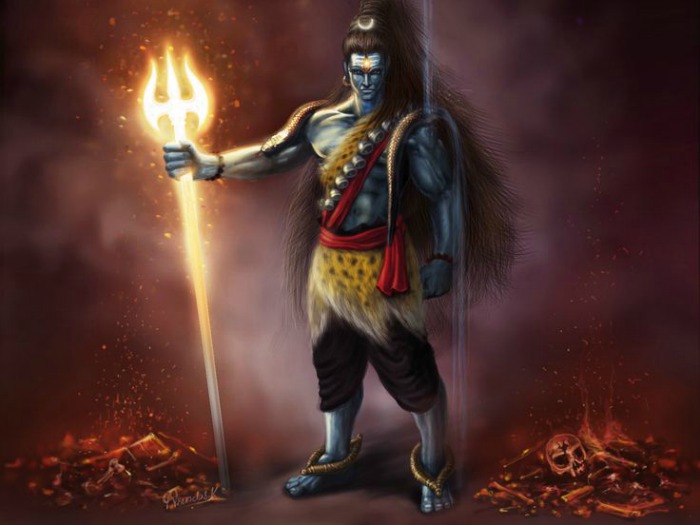 Shiva used to go for a walk every day. Thus, the saints decided to dig a massive pit on the same path. When Shiva reached the same pit, the sages used all their powers and created a tiger that came out of the pit.

But it wasn’t difficult for Shiva to handle the tiger. He killed it, tore off its skin and draped it around his body. Eventually, the saints realised that one who could easily conquer their powers was not an ordinary sage, and fell at his feet.

Since then, Shiva wears the tiger skin, which symbolically shows that he is all powerful.

Legends also say that Lord Shiva sitting on a slain tiger skin symbolises the victory of the divine force over animal instincts.

5 Diet Blunders That Are Making You Fat

1.5 Lakh Workers To Gather At Biggest RSS Conclave Of The Decade