India is a land of heritage and history and with rich history comes along mysteries. Certain things are so complicated that no technological advancement can help untangle them. Here are 10 creepy Indian mysteries that till date remain unsolved.

1. Is Taj Mahal A Temple Of Lord Shiva?

Taj Mahal, as widely known, was a built by Mughal emperor Shah Jahan as a mausoleum to his beloved deceased wife, Mumtaz Mahal. But here’s the shocker: according to a theory (read: conspiracy theory) by New Delhi professor P.N. Oak, Taj Mahal is not a mausoleum and instead, is a temple dedicated to Lord Shiva called Tejo Mahalaya. His theory further suggests that since Shah Jahan was the supreme commander, he took over the temple and made it what now history knows it as. Another thing that should be taken into notice is that Mughals have had a history of capturing enemy temples to re-erect them into tombs for their loved ones. Furthermore, no travel logs from the time of Taj Mahal’s construction make any whatsoever mention of it being built but do mention the existence of “Taj” as an established building. Well, we wonder if the government has buried something deep down.

A Sonic Boom is caused by an airplane breaking past the speed of sound. This is a thing that doesn’t happen very usually as planes don’t fly at such high speeds over residential areas. But on December 18, 2012, a more than deafening sonic boom rattled the city of Jodhpur. While many believed it to be an Air Force exercise, the Army refused of any such drills. The source of the boom remains a complete mystery till date and it often fueled by the news of similar unexplained booms experienced in The United Kingdom and in Texas.

3. The Kongka La Pass In Ladakh Is A Suspected UFO Base

One of the most inaccessible places in the world, he Kongka La Pass in Ladakh lies in the forever disputed border of India and China. But since it’s a futile territory, the area has forever remained a no man’s land. Or has it? According to theories and near-by sightings, particularly those of the flying saucer type, the place is considered a mysterious UFO base. Even Google Maps have mapped things around the vicinity that look like military facilities.

4. Prahlad Jani, The Man Who Lived Without Food And Water For Over 70 Years 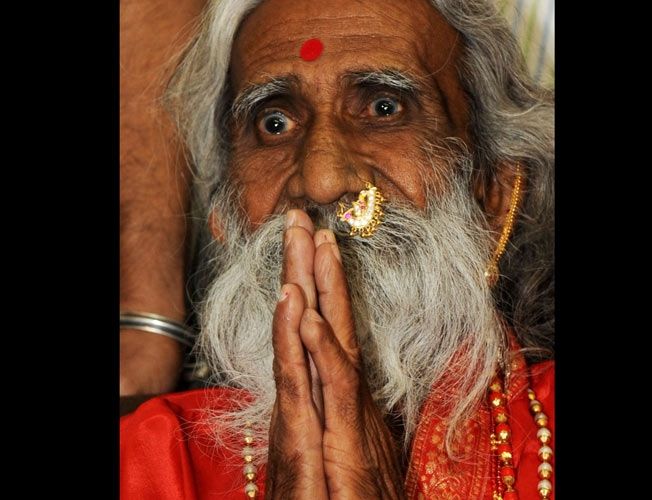 Prahlad Jani, popularly known as Mataji is an Indian sadhu, who is a staunch devotee of goddess Amba. This man claims that he can live without food or even water and has been doing so since 1940. If you total, this makes up to 70 plus years. Till date a total of 2 hardcore observations have been conducted on Jani. In an observation conducted in 2010, he was probed by 3 cameras 24×7 for 15 days. And to the wildest surprise of the scientist, Jani sailed through those 15 days without have anything other than oxygen. Even after 15 days the man had no symptoms of starvation or dehydration. Matter of fact, after 15 days of eating nothing his health was better than that of a 40-year-old male, the scientists noted. How he survives still remains unexplained!

5. An Indian Made The World’s First Air Plane 8 Years Before The Wright Brothers

The legendary Wright Brothers made the first air plane. Or did they? Well if certain aged articles of Times of India and Deccan Herald are to be believed, Shivkar Bapuji Talpade might be the first man to invent the plane. And that too, he did that almost a decade ahead of the Wright Brothers, who are actually credited for the invention. Shivkar Bapuji Talpade, born in Maharashtra, reportedly constructed and flew an unmanned plane called MarutSakha in 1895, before it eventually crashed. It is said that he obtained the designs from his Guru and the plane allegedly had a mercury ion engine. It is also said that he couldn’t go ahead with his prototype plane due to shortage of funds. Hence, no recognition for his achievement was ever awarded to him. Emperor Ashoka was the most gallant king and conqueror the Indian soil ever produced. It is also widely known that he turned into a monk after his encounter with Lord Buddha. But one mystery that still looms is about Ashoka’s “Nine Unknown Men” who he brought together in 273 BC after a bloody battle that took the lives of 100,000 men. In simple words, these 9 men to India are what Illuminati are to the West. Each of these Nine Unknown Men held a book of eternal knowledge on varied topics such as propaganda, politics, time travel and microbiology, etc. Legends even say that widely popular martial art of Judo was based on “leaks” from the Book of Physiology. The books have thus been passed on to the exact number of nine men but nobody knows who and where they are much like the Illuminati.

7. Gyanganj, The City Of Immortal Beings Of The Himalayas Himalayas have always been linked to mysteries because of its futile terrain and inhabitable climate. But the myth has it that the world’s mightiest mountain range is a home to Gyanganj—a city of immortals and enlightened beings. Ancient Indian and Tibetan tales say that this place is city of mysterious immortal beings that cannot be discovered by ordinary men. It also said that the city is so well camouflaged that no modern mapping technique can identify the place. It is said that it is a place of serenity and ultimate knowledge. Fostering the belief is the famous Indian god-man called Sai Kaka Guru. He once mentioned in a meeting that “I have been to Gyanganj several times over the past half decade.” Many sadhus and mahatmas claim that their arcane knowledge stems from Gyanganj.

8. Where Did Subhash Chandra Bose Vanish? Subhash Chandra Bose, the spearhead of Azad Hind Fauj, was declared dead during the closing stages of World War II by Japan. The reports stated that Bose had died of third degree burns in an overloaded plane that crashed in Taiwan on August 18, 1945. Since the body was never recovered, majority of his followers never believed his death. While some say that this was actually a ploy to help him go underground and finally escape to the USSR. Some say that Bose had become a Sadhu. In 1946, many of his allies even believed that he was in China preparing his final march on Delhi. A sighter even claimed that he saw Bose in a third-class compartment of the Bombay express on a Thursday. The sightings continued for a long time, but Bose was never actually heard from after the crash. 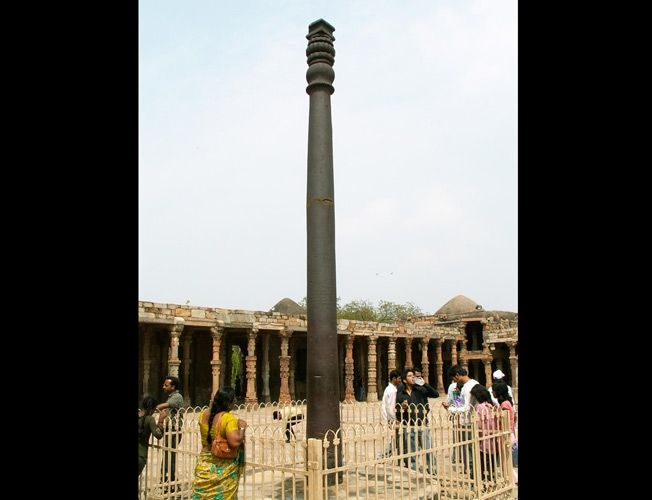 The Iron Pillar of Delhi is famous throughout India. But one thing that most people don’t know about it is that, it is 99 per cent resistant to corrosion. The 7.21 meters tall structure is as much as 1600 years old and still stands completely rust-free. Made from 98 per cent wrought iron, the pillar has been a subject of varied scientific studies from around the world. While a study concluded that critical corrosion-resistance agent called iron hydrogen phosphate hydrate makes the pillar resistant to rusting. The question that remains that how was such a chemically advanced agent manufactured almost 2000 years ago.

More than 10 years back, in 2001 surfaced the reports of sightings of a monkey like creature in Delhi. Some claimed that he was 4 feet tall, with black fur wearing a metal helmet and wielding metal claws. While other people who claimed to have seen him say that he was over 8 feet tall and slashes humans. On 13 May 2001, 15 people suffered injuries ranging from bruises to bites and scratches and other such incidents were also reported. The incidents gripped the city in fear and the sightings and attacks continued for over a month before completely fading away. The creature (or man dressed like a monkey) was never caught.

What are some Indian movies which every Indian must watch?